With Transe Express, a show taking place above the spectators’ heads, Malta Festival is returning to its roots.

The festival will be inaugurated in the city of Poznań with a colourful street parade led by a French theatre company Transe Express on 21 June – all the way from the Liberty Square to Adam Mickiewicz’s Square. The parade will feature dancers, acrobats, musicians and 5-meter-tall divas. In the finale, Transe Express will present their renewed version of the play they staged at Malta Festival back in 1993.

Three gigantic figures magically float through the crowd. The crystal-clear voices of the female singers turn the streets into an opera house. Their voices are accompanied by an evenly paced march of the military drummers. This is the „Divas” parade, and the local inhabitants are welcome to join! The parade will conclude with an updated version of „Mobile Homme”, the spectacle which Transe Express showed to Malta’s audiences 25 years ago. A mysterious jester figure called Pignouf shall perform a special acrobatic choreography, revealing his real face the moment the drummers are lifted above the spectators’ heads by cranes.

Check this event out on Facebook and join the parade at Poznań’s Liberty Square, on 21 June at 7 PM. 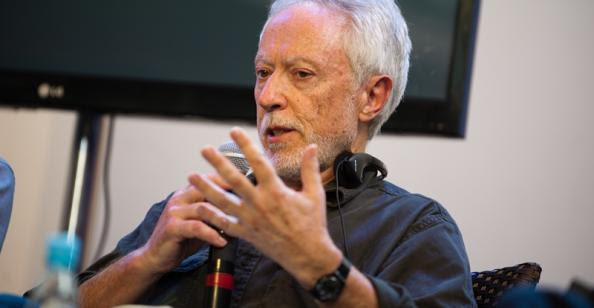 Coetzee’s work returns to Malta in a theatrical debut

The theatrical adaptation of John Maxwell Coetzee’s „Disgrace” is directed by Maciej Podstawny. The spectacle is going to be the festival’s biggest theatrical event, especially that it is based on one of the most known and respected novels of this distinguished author and recipient of two Booker Prizes and the Nobel Prize in Literature. The play is coproduced by Malta Festival and Stefan Żeromski’s Theatre in Kielce.

Coetzee manages to juggle historical, social, ethical and existential issues in a fascinating fashion that is both direct and reserved. The spectacle’s creators will focus primarily on the matter of responsibility and empathy, as well as the boundaries of ethics and limits to imagination. Within the context of the recent wide debate triggered by #metoo, the situations and relationships of private and workplace violence described by the author have gained special power. It’s not about a purely journalistic editorial commentary on the recent developments, but rather about a reflection on the limits of imagination. And that applies to both the ethical sphere and theatre as such.


Malta Festival to feature John Maxwell Coetzee’s work for the third time.      In 2012, Malta’s program featured „Disgrace”, at that time directed by Kornel Mundruczó. In the same year, the grand premiere of „Slow Man” also took place at the festival, an operatic adaptation of Coetzee’s novel with the same title, composed by a Flemish musician Nicholas Lens, with the libretto written by Coetzee himself. The spectacle was directed by Maja Kleczewska.

The premiere of „Disgrace” (directed by Maciej Podstawny) will take place on 27 June at 7 PM at Poznań International Fair. The following spectacles will be staged on 28 and 29 June. The tickets will cost 15 PLN and will become available in mid May. 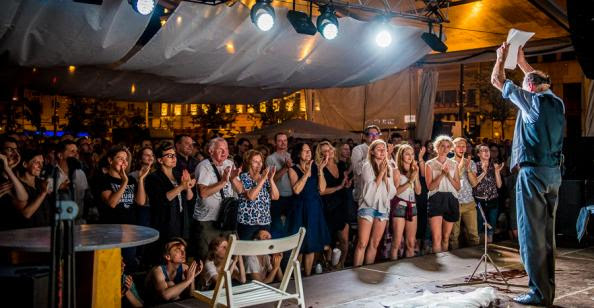 Theatre at Liberty Square: the anatomy of a star figure

The theatre stage at the very heart of the festival will feature spectacles by young, but already recognised creators in the Polish theatre scene. All projects are linked by an underlying theme: the notion of the star figure, be it an artist, actor, or musician. The creators will tackle the issue from a humorous, ironic angle, analysing the ideas, aspirations and dreams their star protagonists have. The theatre evenings at the Liberty Square are free of charge and open to anyone.

The program includes five spectacles. Together with Klaudia Hartung-Wójciak we shall embark on an expedition in search of not-so-obvious and rejected portraits of the theatrical male lover in her „Finding Romeo” („Szukając Romea”). Magda Szpecht, in collaboration with a performer and choreographer Weronika Pelczyńska will take a closer look at the female artist figure in their performance entitled „Today is my birthday” („Dziś są moje urodziny”). It’s a personal and historical spectacle from the borderland of dance and performative lecture which redefines the notions of power and leadership. Justyna Litkowska’s „California Immortals” („Kalifornia Nieśmiertelni”) directed by Szymon Kaczmarek is a surprising tale of a conspiracy theory surrounding the Polish counterculture in the 60s’. Young high school artists will also have their own take at the artist figure in a spectacle curated by Andrzej Pakuła. The first act to open the Liberty Square’s theatre stage is a comedy stand-up act by Maria Dąbrowska and Jakub Skrzywanek entitled: „Woman at risk of low retirement fund” („Kobieta zagrożona niskimi świadczeniami emerytalnymi”).

Theatre in Motion - Poznań at Malta

Malta Festival is more than just a journey across world premieres. As part of our program, we also present and promote local creators, troupes, and cultural institutions from Poznań, including both institutional and alternative theatres; premieres and plays from regular repertoires alike. This year is going to be no different. Brace yourselves for several dozen theatre events!

The Polish Theatre will present their spectacle entitled „A tale of dull Peter and Mary the Orphan” („O mężnym Pietrku i Sierotce Marysi”), directed by Wiktor Rubin. The spectacle raises the question: what would Maria Konopnicka possibly write about if she were living in contemporary times. The Polish Dance Theatre is going to stage two anniversary spectacles are crucial to the theatre’s history: „Investigation” („Śledztwo”) directed by Mirosław Różalski, and „45” directed by Jacek Przybyłowicz. The theatre’s program also includes the Portugese „Fobos”, choreographed by Bruno Duarte and „Promised Promised Land” (Obiecana Ziemia Obiecana) by Katarzyna Raduszyńska.

FreeSpeech Zone (WolnoSłowa) will present on the stage of Scena Wspólna a spectacle entitled „Animals” („Zwierzęta” ) directed by Alicja Borkowska. Scena Robocza offers four plays for their audiences: „Bromance” directed by Michał Przybyła and Dominik Więcek and „Mikey” („Michaś”) by Mike Urbaniak will confront the stereotype of the „real mam”. Weronika Fibich, in her socially-engaged theatre project entitled „Popytka” will show us the lives of nomadic Chechen women, while Mateusz Atman, Aneta Groszyńska and Agnieszka Jakimiak will showcase „The Lord of Flies” („Władca Much”), an experiment they conducted together with a group of young people. Barak Kultury Foundation is inviting spectators to their upcoming spectacles directed by Przemek Prasnowski: „Reservation area” („Rezerwat”) by Barbarzyńcy PL, as well as „Wearing tracksuits for life” („Całe życie w dresach”), „When I grow up” („Kiedy będę duży”) by Ba-Ku teatr group. Wojciech Wiński, together with Republika Sztuki Tłusta Langusta are going to show „Surge” („Zryw”) a patchwork mosaic from a variety of Polish desires and contradictions stitched up to reconstruct the Greater Poland Uprising. Additionally, Morga band will play a concert.

In the contemporary theatre world, the borders between disciplines are becoming increasingly blurred. Which is why the theatre stages of Malta have hosted an entire dance program, curated for years by Joanna Leśnierowska, as part of Old Brewery – New Dance at Malta (Stary Browar Nowy Taniec Na Malcie). Most importantly, this year Stary Browar Nowy Taniec is celebrating its 15th anniversary! The program will feature prominent Polish choreographers such as Anna Nowicka, Agata Siniarska, Paweł Sakowicz, as well as encounters with international creators like Sofia Diaz and Vitor Roriz from Portugal, Chiara Bersani from Italy and Quatro, a duo from Brazil.